Posted on February 24, 2020 by Catherine Posted in History, Literature 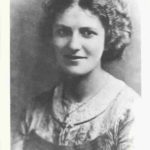 In 1939 an eight-year-old Czech Jewish girl, who had recently arrived on one of the last Kindertransport trains to leave Czechoslovakia, was invited for tea by the wife of the headmaster of her new primary school in Nottingham. It was Jessie Wood, nee Chambers, D.H. Lawrence’s close childhood friend. Jessie died five years later at the age of fifty-seven. Eve Leadbeater, nee Pragerova, is fortunately still alive today, and active in campaigning for the UK to accept more unaccompanied child refugees.

Visiting Tolstoy for his 190th Birthday 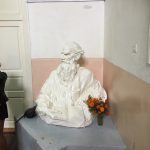 In September 2018 I visited Lev Tolstoy’s estate of Yasnaya Polyana for the first time, in order to celebrate his 190th birthday. This happy event was preceded by an exhilarating evening with old friends in Moscow, and followed by a short sharp illness, from which I emerged to struggle through my paper on Tolstoy’s ‘On Shakespeare and on Drama’ at an international Tolstoy conference at Tula University. I returned home weak and happy.

Posted on July 6, 2018 by Catherine Posted in Politics 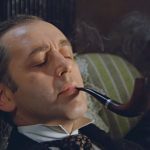 Russian Sherlock Homes actor Vassily Livanov MBE today published an open letter to the people of Britain, critiquing the current anti-Russian hysteria. He had offered it to The Guardian, which declined to print it; fittingly, then, it was published by the OffGuardian instead. I share its sentiments entirely.

Posted on February 25, 2018 by Catherine Posted in Films 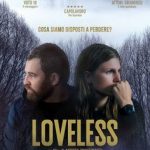 This 2017 study by Russian director Andrei Zvyagintsev of an acrimoniously-divorcing middle-class Muscovite couple, and the disappearance of and search for their desperately neglected son, is brilliant and wise. Some Western critics of the film have, however, read it through the lens of the currently-dominant Russophobia, and in doing so have placed on it a political weight that it cannot bear.

‘And What Did You Do in the War, Vati?’ My German Family’s Second World War

Posted on January 4, 2018 by Catherine Posted in Reflections 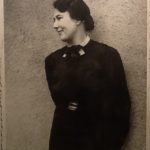 Having parents who lived through the war as children on opposing sides – and uncles on each side who fought – I reflect on the German half of my family’s experiences: the grandfather who fought on the Eastern front, the grandmother who negotiated depression at home, and the aunt and uncle who tried to stop the Americans advancing.

The Death of Stalin

Posted on December 14, 2017 by Catherine Posted in Films 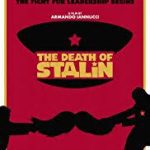 I was intrigued to see this succès de scandale. It had been called ‘revolting’ by the Russian Communist Party, and ‘disgraceful’ by Peter Hitchens. According to some it reflected on Putin, whilst according to David Cameron it reflected on Theresa May. It was praised as Iannucci’s deepest work, and condemned as a grosss lapse from form. It has not yet received a Russian license, and it grossed twice in its opening weekend what In the Loop did in 2009. I went fully prepared to hate it and walk out.

In the event, I stayed in my Everyman armchair to the credits’ end, so may now toss my own ha’pennyworth into the furor.

A Journey through China and Malaysia

Posted on September 13, 2017 by Catherine Posted in Uncategorized 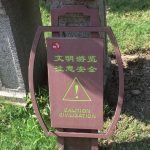 My summer holiday this year was a week in Shanghai (and Suzhou and Nanjing) followed by a week in Kuala Lumpur (and Melaka and Kuching, Borneo). I was dazzled and occasionally culture-shocked and for the first time began to understand the Second World War in the East.

Where Anti-Trumpism is Getting it Wrong; or, My Enemy’s Enemy is Not Above Reproach; or, Ends Do Not Justify Means

Posted on August 18, 2017 by Catherine Posted in Politics 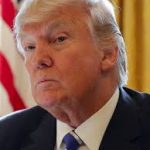 What is Good Sex Writing?

Posted on February 6, 2017 by Catherine Posted in Uncategorized 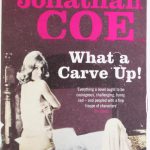 Jonathan Coe’s 1994 masterpiece ‘What a Carve Up!’ shows how to do sex writing – and why it is difficult.

Vasilii Perov and other Household Names we’ve never heard of

Posted on March 28, 2016 by Catherine Posted in Exhibitions 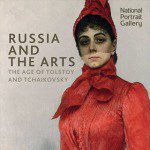 The National Portrait Gallery’s exhibition ‘Russia and the Arts: The Age of Tolstoy and Tchaikovsky’ makes me wonder why the West knows Russia’s writers and composers of this period – but not its painters.

Posted on June 6, 2014 by Catherine Posted in Reflections 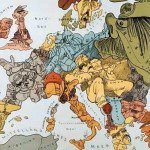 This post is the text of a talk which I gave at the 6/20 discussion society today in London, and which I hope to develop and publish elsewhere.