Three Plays at New College of the Humanities 2013-14

Posted on January 13, 2014 by Catherine Posted in Plays 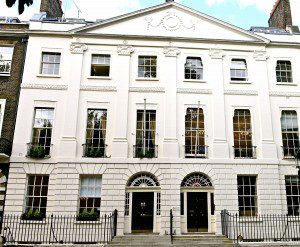 Will Eno, Oh! the Humanity

Drama got going when Aeschylus introduced the deutoragonist. Similarly, NCH drama burst into life when a second year joined in in autumn 2013. This academic year the College has already staged three productions, of increasing length, of which the last had four performances, a programme, and printed tickets. I look forward to the entrance of the tritagonist (the third year, arriving in autumn 2014).

Aeschylus also introduced the convention of playing three tragedies in a sequence. The College hasn’t quite had that. After all, as befits a new college, these have been relatively new plays, of the last six decades only. Not so much tragedy, then, as the absurd, hopelessness, melancholy, loneliness, inadequacy, banality, and rubbishy relationships. The first play was a Waiting for Godot of the middle classes; the second, a play by Beckett’s chief protégé; the third, a play by one of Beckett’s most recent disciples.

After sitting all day watching their tragedies, the Greeks would lighten things up with a satyr play. It would conform with this tradition; it would follow the date sequence established by the three plays produced to date (of 1950, 1978, and 2007); and it would re-endorse a reason to live – were the next play to be produced both happy and new. Bring on NCH: the Musical. This would not in fact be the first work of literature inspired by the College. The first NCH play, A Midsummer Night’s Symposium, was written and performed during the College trip to Cathar country last summer, and conflated a satire of Shakespeare’s play with Plato’s party and a thinly toga-veiled A.C. Grayling.

If that was the first, then the second NCH play was Ionescu’s The Bald Prima Donna – the most distinguished of the texts chosen this year. It is a bravura work, which sits decisively on the divide between modernism and postmodernism. ‘Let’s Go Slap Ulysses’, the publicity poster put it slappily and with appropriate ambiguity. The same poster contained an excellent pastiche of Russian avant-garde graphic design. The actors were fluent, polished, and unselfconsciously absurd. This heavily cut version of the play retained the original’s terminal dissolution into two couples shouting cacophonically ‘It’s not that way. It’s over here!’ – before a sudden cut to a reprise of the opening. It didn’t last for long, but, like Waiting for Godot (which embarked on its endless cycle three years later), it could go on forever.

It was good to see it in English, rather than the Romanian Ionescu’s French (La Cantatrice Chauve), since it was inspired by the playwright’s learning of English by the Assimil method of memorising complete sentences, which he found absurd precisely in their truth. Mrs Smith tells her husband that they have seven children, that their name is Smith, and that they have a maid called Mary, who is English like themselves. The original play was set ‘dans un intérieur bourgeois de Londres’ with a ‘M. and Mme. Smith’ – it is so much better to have an English version. Yet it was also pleasing that the cast was in various ways international. The ‘intérieur’ in which the production took place was not a ‘small, typical, old-fashioned, middle-class English living-room’ – 19 Bedford Square was the house of an aristocrat. But it was nonetheless a home, of which the Drawing Room will in its time have seen many other amateur theatricals (think of the production of Lovers’ Vows in Austen’s Mansfield Park, or the plays which would take place in Dickens’s various houses). This production restarted that tradition of use of that space; it acknowledged the College’s international aspect; and it initiated play productions in the College with a snappy, unforgettable work of post/modernism.

Betrayal, performed in the following month of December, turned us round by ninety degrees. The seats were no longer facing the blank wall of absurdism, but the world – real, rainy London, in which affairs ignite, blaze, and decline, all around us, every day. When I came to this play from Pinter’s earlier works, with their heavy imprint of Beckett, I felt that it named its own act. How could Pinter have betrayed his astonishing gift for the menacingly absurd and incomprehensible, for this conventional study of a sordid and conventional affair with a melodramatic and judgmental title? Not only are none of the characters particularly likeable or admirable, but they have little aesthetic stature or interest. Emma, Jerry and Robert are just – God help us – people. Middle-class, cultured, professional Londoners. Us. Nearly-us. But this production, forcing me to think about the play again, made me realise that it is precisely in these characters’ commonality and banal banality (not the luminous banality of Ionescu’s Smiths and Martins) that the play’s strength, and capacity to inflict pain, lies.

Most of us can shrug off Beckett and Ionescu at the end of a performance – or, at least, park them at one side of our brains, to visit only when we are feeling robust. But Betrayal is a hideous warning. ‘Whatever you do’, Pinter (himself at the time conducting a different affair to the one on which the play is based) seems to be saying: ‘don’t do this. It may be hard to avoid. That’s life, as I very well know. But see how pointless it is. Taste the misery. Be bigger than this play of mine.’

The actors brought this home to me – in a space which was again rather too grand for the living room of even a successful publisher and literary agent, let alone for that of a love-nest – but which was still a home in London. It was a brave play to put on in front of friends – in a different way to The Bald Prima Donna, which offered the actors the protective shield of stylisation. They did very well. The age difference between the actors and those of the characters they played is smaller today than it would have been in 1978, since people typically start relationships earlier and marry later, narrowing the experience-gap between those of that ten to twenty years apart. Today’s twenty-year-olds, therefore, can play older far better than their counterparts could have done when the play was first produced three and a half decades years ago. This is also to observe that the play is, to some degree, dated. Women stay at home less now than then; the word ‘affair’ is acquiring an old-fashioned flavour. It would be good to have our Professor of Drama Sir Trevor Nunn’s perspective on this. He revived the play at the Lyttelton at the National Theatre in 1998, with Imogen Stubbs, Douglas Hodge, and Anthony Calf. I fear, however, that the play is only dated to a degree.

For Oh! the Humanity, a sequence of five loosely-connected playlets set in the 2007 present by the American playwright Will Eno, we were turned around again, by 180°. We were out of naturalism and back into varying degrees of stylisation, with the distinct influence of Beckett felt particularly in the first playlet, ‘Behold the Coach, in a Blazer, Uninsured’. This Krapps Last Tape-like monologue lamented the speaker’s previous year, and his life in general. In ‘Ladies and Gentlemen, the Rain’, a man and woman made parallel dating videos, with iridescent banality, self-delusion, and honesty. In ‘Enter the Spokeswoman, Gently’ a representative of an airline company addressed the bereaved connected to the crash of one of the line’s planes with nervous and plangent honesty. In ‘The Bully Composition’ a photographer and his engaging, hyperactive assistant corralled the audience into sitting for a reconstruction of an old American war photograph. In ‘Oh, the Humanity’ a damaged couple were on their way to what was disputed between them as a funeral and a Christening. Unifying them was a white-shirted, coolly transcendent figure extrapolated by the director, who choreographed and finally deserted them and us all, turning off the light and slamming the Drawing Room door behind him.

The playlets, according to the press notes for the 2007 New York production, are about ‘people like you, facing lives like yours. About life, in a word.’ And here I must disagree. Of course, there are elements of life and of us in this play – in what play, from Agamemnon to The Bald Prima Donna, is there not? But whereas it and Betrayal make no claim to a large statement about life in general, this play does, and its claim is false. The full original title was Oh, the Humanity, and other Good Intentions. Humanity is about more than good intentions, and about more than inadequacy – the quality which was stressed in the play more than any other. Inadequacy is a relative construction, like failure – and both concepts have a damagingly strong hold on the modern Western imagination. Let us not indulge them. Turn on the lights. For the next play – bring on the optimists and the visionaries.

Tagged with: Eugene Ionescu, Harold Pinter, New College of the Humanities, Will Eno