Review of ‘Subtly Worded’ by Teffi

This review, of which the following is an unedited version, was published here in The Literary Review in November 2014.

The follow-up volume of Teffi stories is sampled by translator Richard Chandler in The New Yorker here. 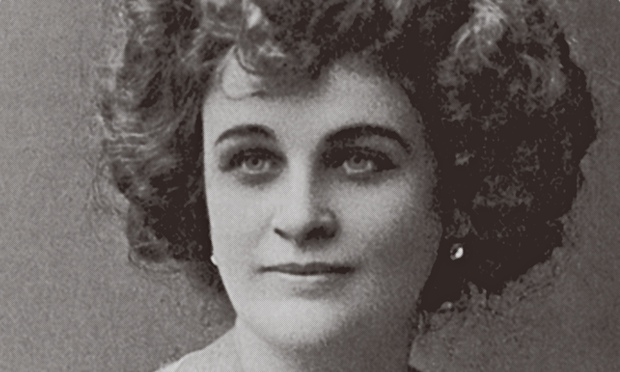 Of all the outcomes of the end of Soviet Communism, the rediscovery of ‘Teffi’ (Nadezhda Alexandrovna Buchinskaya, née Lokhvitskaya) is unequivocally a good one. Subtly Worded is the first volume of her short stories to be published in Britain; may others swiftly follow. She is the female counterpart to Chekhov and the late Tolstoy, and the Russian counterpart to Katherine Mansfield and Saki, with her own distinctive combination of confidence with vulnerability, and joy with compassion.

The book physically resembes a small box of parma violets, and the first few satires are short and, at first taste, sweet. But the collection’s emotional and historical range is immense. Written and set from 1910 to 1952, the stories include agent-provocateurs rehearsing revolutionary songs, Teffi’s real meetings with Tolstoy and Rasputin, absurdist responses to hunger in revolutionary Petrograd, and mutual loathing amongst the Russian émigrés in Paris for whom she wrote, after her exile in 1919, to her death in 1952.

Two Teffis emerge. One is a robust, independent, liberal New Woman, who gave up on marriage after spending the 1890s reproducing on a rural estate, to return to Petersburg and embrace authorship. She is sexually confident, fair, and sensible in a way that seems English not only because of the translation. She observes follies and vices from a secure, wry, but compassionate distance. She flatly dismisses Rasputin’s come-ons (‘Drink. God will forgive you. Drink.’ ‘I don’t care for wine, that’s why I’m not drinking.’), yet movingly recalls his prediction that Russia would be destroyed if he ever was, when she hears of his death. ‘A Radiant Easter’ traces how man hands on misery to man with the linearity of one of Tolstoy’s moral fables. ‘Marquita’ watches ironically whilst an emigrée waitress bungles her attempt to bag a wealthy, ugly Armenian in Paris (an ambition painfully echoed by that of many Russian women in the 1990s).

The other Teffi is vulnerably imaginative. Aged thirteen, she is too shy of Tolstoy to express her desire that he save Andrei Bolkonsky in a future revision of War and Peace. As an adult, she is closely in touch with the alternative perceptions of children and of the dying. ‘The Lifeless Beast’ describes a girl’s relationship with her toy ram whilst her parents’ marriage combusts in the background. ‘The Dog’, written whilst Bulgakov’s The Master and Marguerita was being finished, like it employs the supernatural to relieve the tensions and pretensions of life in an agonistic Moscow. The astonishing ‘Thy Will’, and ‘And Time Was No More’ were respectively written whilst Teffi was anticipating her death, and dying in morphine-softened pain.

Her stories’ poignancy survive rather better than their humour. We no longer need to laugh wildly at the tragic contradictions of tsarism, civil war, and Communism. Yet her poignancy, incisiveness, and artistic grace, which gained the admiration of both Nicholas II and Lenin (no fools when it came to literature) now have that of her post-Soviet compatriots. All hail to the translators, and Pushkin Press, for allowing us to admire them too.