I was interviewed about Lady Chatterley’s Lover for a one-hour ARTE French documentary about the novel’s unbanning at the 1960 trial between the Crown and Penguin books, and about the novel more broadly.

The programme was released in France and across Europe on October 16th 2019. My first appearance is at 19 minutes 10 seconds, after which I appear from time to time until the end.

It was conceived and directed by Mathilde Damoisel, and may be watched here: 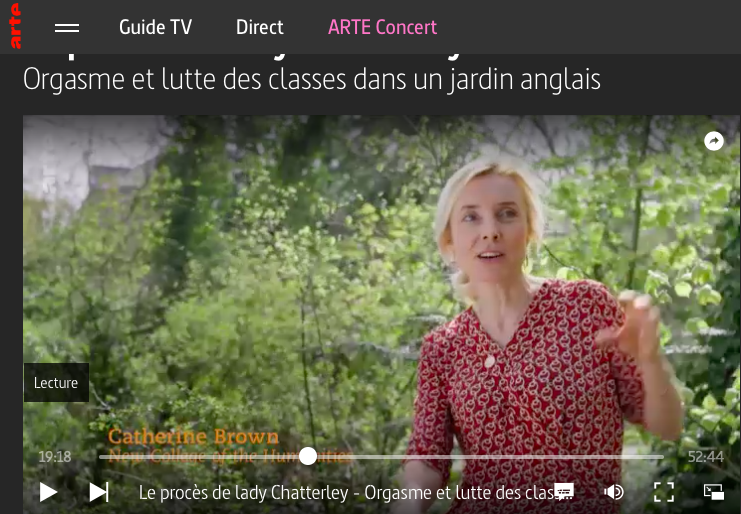