I was script consultant to Jed Mercurio in his adaptation for Lady Chatterley’s Lover – 90 minutes aired on BBC1 on 6th September, 2015, as part of a series of BBC1 drama adaptations of twentieth century literary works. The other works in the series were Cider With Rosie, An Inspector Calls, and The Go-Between.

The link to the BBC page about the adaptation is here: 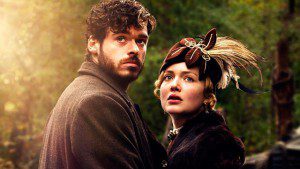 My articles reflecting on my involvement in the process of script development, and on the adaptation and the novel in general, may be found under ‘Media’ on this website, or here and here.