Posted on March 25, 2021 by Catherine Posted in Books, Literature, Reflections

This post was written for the Vegan Society Researcher Network blog, where it may be found here. It appears below in pre-dited form.

I am currently working on a chapter for the forthcoming Edinburgh Companion to Vegan Literary Studies edited by Emelia Quinn and Laura Wright, who previously co-edited the landmark Thinking Veganism in Literature and Culture: Towards a Vegan Theory (Basingstoke: Palgrave Macmillan, 2018).

This promises to be another landmark book. The editors’ introduction will expand on what’s meant by ‘vegan literary studies’ – in particular how it branches away from ‘the existing field of animal studies and critical animal studies’ through its ‘urgent examination of what it means to occupy and live a vegan life in the age of the Anthropocene.’ In other words, veganism being a human concept/philosophy/practice, vegan studies must necessarily be concerned with humans, and not solely focused on non-human animals. The book’s sections will then cover historical topics (including chapters on areas as diverse as Ancient Scripture, Romanticism and Modernism), the intersections of vegan theory with other theories (such as those relating to gender, race, sexuality and imperialism), vegan close readings of particular literary forms (such as poetry and prose) and genres (such as realism and the Gothic), and an annotated bibliography summing up the state of this field, at a point in time about a decade into the first efflorescence of vegan literary studies.

My own chapter is on ‘Modernism’. Even once narrowed to ‘literary modernism’ this is a huge field of investigation, particularly if one accepts – as I do – new modernism studies’ broadened understanding of the category previously associated strongly with ‘high modernism’. I defaulted to British and American literature, with the one exception of Tolstoy (I am partly a Russianist). On the other hand, delimiting to ‘vegan authors’ within the rough period 1880-1960 leaves no canonical authors at all (even allowing the term to operate retroactively from 1944), and even narrowing by ‘vegetarian authors’ leaves a well-trodden few, such as George Bernard Shaw and Franz Kafka in addition to Tolstoy.

What I’ve chosen to do is to concentrate on canonical authors who, at certain points in their writing, demonstrate a striking vegan sensibility. Moreover – since this now threw the field wide open again – I decided to delimit by concentrating on depictions of humanity’s violence to animals in two contexts: slaughtering and hunting. I’m starting by considering the scene in Thomas Hardy’s 1895 Jude the Obscure in which the hero’s marriage to his first wife breaks down when Jude is traumatised by killing the pig whom they keep for meat. His wife Arabella, who is the daughter of a pig farmer, despises Jude for his sensibility, and says that she could have done a better job herself.

From there I flash forwards six decades to William Golding’s 1954 novel Lord of the Flies, where the very concept of humanity is tested in relation to pig hunting. I then back-fill between these two works by considering how ‘human nature’ is investigated in relation first to slaughtering (I look at Tolstoy’s reflection on a slaughterhouse visit in his 1892 ‘The First Step’ and Upton Sinclair’s 1906 exposé of practices in Chicago’s ‘stockyards’ in The Jungle) and then to hunting (in Saki’s 1914 ‘Laura’ and Henry Williamson’s 1927 Tarka the Otter). At the end I’m broadening out to consider how authors’ imaginative compensation to animals for humans’ cruelty towards them functions also in Kenneth Grahame’s 1908 The Wind in the Willows and D.H. Lawrence’s 1925 essay ‘Reflections on the Death of a Porcupine’. My next research project will be an article specifically on Lawrence’s vegan sensibility, which is particularly complex and interesting (in his ‘Autobiographical Fragment’ – a sketch of a utopia set a millennium on from the time of writing, in 2927 – people walk naked, live in peace, and are vegetarians).

Several things have struck me whilst reading about Victorian and early twentieth-century vegetarianism and animal welfare movements. First, many features of modern vegetarianism, veganism, and discourse around animals, had equivalents and/or predecessors in that period.

There were vegetarian restaurants in London and provincial cities from the 1830s onwards. In the Victorian period like today, vegetarians had a range of motivations (including health and zoophilia), and these were sometimes intersectional with other moral concerns (there were Christian, spiritualist, teetotal, pacifist, feminist, environmentalist, anti-industrial, anti-vivisection, anti-imperial, socialist and utopian vegetarians, as well as those concerned for slaughterhouse workers and those who saw violence against animals as a gateway to violence against humans). Vivisection, then as now, was a particular object of revulsion, but many others felt that it was justified by medical advance. Many of the same counter-arguments to vegetarianism were made: that meat should not be kept as a privilege for the wealthy but made cheaply available to all, or that the ‘palaeolithic diet’, and therefore ‘natural’ eating, was heavily meat-based). And there were similar divisions within the animal-orientated movements. The RSPCA then as now was more conservative, not vegetarian, and did not condemn all forms of hunting. Some vegetarians, being concerned principally for their health, did not oppose hunting, whereas many considered hunting a cruel sport, but were not vegetarians.

But perhaps more surprisingly, two further things struck me. First, there seems to have been a trailing off of interest in animal welfare from the 1930s to the 1970s (anyone – please correct me if I am wrong), when it revived under the banner of ‘Animal Liberation’, and has had a particular recent upsurge as part of the trend towards veganism. I would attribute this dip in part to the Second World War and Cold War, which focused minds on human mass slaughter and possible annihilation respectively; and partly to socialism, which in both its Communist and Western-democratic variants was overwhelmingly speciesist, and, as mentioned above, often saw the affordability of meat as a measure of the health, wealth and egalitarianism of a society. By the 1970s, however, concern for animals took inspiration from Second Wave feminism, and animals became one of the next frontiers of liberation. Moreover as Peter Singer’s key 1975 book Animal Liberation made clear, cruelty to animals in scientific experimentation and food farming had exponentially increased over the twentieth century. A revival of animal activism was long overdue.

But the third thing that I noticed was that the animal activists of the Victorian period and early twentieth century were if anything more fervent than their equivalents today. To give an example – between 1903 and 1910 a controversy raged in London concerning the illegal vivisection at UCL of a brown dog.

Anti-vivisectionists, amongst whom women and people of the working class were particularly strongly represented, marched through London on a regular basis to protest vivisection and in doing so were met by counter-protesters (mainly more male and wealthy) who defended the legitimacy and importance of vivisection. A statue which the former group crowd-funded and erected in Battersea to commemorate the brown dog eventually had to be melted down because the local police force could not afford to keep guarding it from those who wished to vandalise it. Battersea was chosen as the location because it was a working-class district, and also the location of a hospital which refused to use the discoveries of vivisection. Can one imagine such a hospital today? Or a high profile campaign of seven years sparked by the vivisection of a single dog? A comparison of the 1906 original and 1985 replacement statue itself seems to indicate a diminishment of the seriousness with which animal dignity and autonomy has been taken. 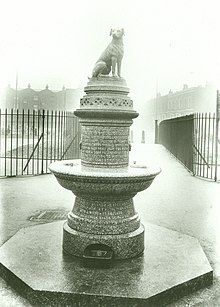 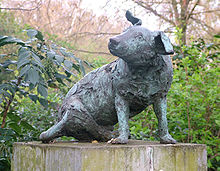 Moreover today there is a strong climate of hostility to judgmentalism, which did not – for both good and ill – exist to the same degree in the later Victorian period. Vegetarianism and veganism are now overwhelmingly treated as lifestyle choices – as valid as many other lifestyle choices, just as gastronomic and aesthetic tastes are often felt to be equally valid – rather than as implicated in an ethical perspective that may also encompass anti-racism, pacifism, feminism, etc. This, as we know, can make veganism harder to argue for amongst friends and acquaintances. The difference in part correlates to a decline in religion and a rise in ethical relativism; many vegetarians and animal welfare campaigners were explicitly motivated by their faith, or belief in reincarnation, which they were equally less embarrassed to talk about.

On the other hand, it remained true throughout the late nineteenth and early twentieth century that vegetarians and animal campaigners were – with the exception of that respectable and moderate wing of the movement represented by the RSPCA – often seen as cranks, just as many a vegan of the second half of the twentieth century was also seen. What has changed in the last few years – and will doubtless turn out to have been assisted by the Coronavirus and the attendant threat of future and worse viruses – is that concern about animal agriculture, whether motivated by health, environmental or zoophile sentiment – has become much more mainstream. And, until such time as being speciesist meets with the same opprobrium as being racist or homophobe now do, that is something for vegans – and billions of non-human animals – to be grateful for.

Here are some of the works that I came across in the process of researching my chapter, and which others may find of interest:

An excellent study of the strong interest in cattle-farming (an important element of the Irish economy then as now) shown in the novel Ulysses and in Bloom’s sensibility. Makes a strong case for the existence of vegetarian sentiment in the novel, in contrast to Fernihough, below.

A fascinating survey of British anti-blood-sports campaigns in the early twentieth century, and their particular concentration on otter-hunting, as targeting an animal who caused negligible if any harm to human interests, fought long and hard to the death, was hunted (uniquely amongst other animals) during its breeding season, and who was hunted on foot (rendering the hunts open to women and children to a far greater extent than fox-hunting, for example).

Contains an interesting chapter on Edwardian ‘orthorexics’ – those strongly concerned with the health and purity of their food and their modes of consumption of it. The premise of the chapter is not vegetarian, and this is apparent in some of its readings of the literature, notably by Katherine Mansfield and by James Joyce (who, it is stressed, opposed a certain kind of Celtic revival Irish nationalism that was often vegetarian, and whose Ulysses has several scenes of meat-eating, which Fernihough describes as defiantly opposed to this culture; see however Adkins above).

A brilliant collocation of an extreme modernist vegetarian writer, Franz Kafka, with a non-vegetarian but animal-concerned realist writer, Upton Sinclair – pointing out the many parallels between them in their presentation of humans willingly yielding themselves up to literal or metaphorical slaughter.

Gregory, James. Of Victorians and Vegetarians: the Vegetarian Movement in Nineteenth-Century Britain. Bloomsbury, 2007.

A widely-researched and illuminating survey, from a neutral perspective, of the variety and passion that existed in Victorian vegetarianism.

Pacyga, Dominic A., “Chicago: Slaughterhouse to the World.” Meat, Modernity and the Rise of the Slaughterhouse, edited by Paula Young Lee, UP of New England, 2008, pp. 153-66

Rohman, Carrie. Stalking the Subject: Modernism and the Animal. Columbia UP, 2009.

An important study focusing on the representation of animals in modernist literature, and the extent to which this gets beyond anthropomorphism or anthropocentrism.