Posted on March 1, 2015 by Catherine Posted in Plays

Written, produced, directed and acted by students of Bedfellows – the New College of the Humanities Drama Society – 9th and 10th December 2014.

Evenings of theatre can do various things once they are over. They can fade from your memory gradually or plunge from it suddenly; they can on reflection seem better or seem worse; they can acquire plangencies or ironies; they can refuse to fade.

New College of the Humanity’s Michaelmas term 2014 Twelfth Week Shorts refuse to fade. They lie a term in the past now, but are vividly present, colouring my subsequent experiences of 19 Bedford Square, which the evening opened up to me like a doll’s house.

The charm of a doll’s house is that you can see all its rooms at the same time, and imagine things going on simultaneously within them – certain kitcheny things in the kitchen, other things in the living room, still others in the bedroom.

On the second night of this production, each of the shorts was performed twice in its own room in the building, and the two audiences took different routes between them, rather as a visitor to the College might move from a history lecture in one room, to a philosophy tutorial in another, whilst knowing that such things also go on simultaneously.

The evening’s echo of the College’s daytime activities was amplified by the matching of plays to rooms. The metatheatrical play was in the English Faculty Room; the play about France’s Charles X was in the History Room; the play set in a business was in the Economics Room; the most politically-engaged plays placed themselves outside on the streets of London; whilst the students threw themselves around with inseparable exuberance and self-reflexiveness in the Junior Common Room. The plays’ diversity of contents and form reflected the diversity of the students themselves.

On the scale of naturalistic to avant-garde, the evening’s most naturalistic play was Josh Dell’s Charles X. The king, played by the author, made his forced abdication in the teeth of youthfully idealistic protests from his son (Michael Smaczylo) under Swara Kadir’s drum-taut direction. One believed that the father had been a similar type at a similar age. This abdication was a great, if recherché, choice of subject. You can’t understand modern France without knowing at least the outlines of its turbulent nineteenth century – so unlike our own in Britain. The building (19 Bedford Square) in which the play was taking place was completed just in time to be contemporary with the ancien régime. But of course England’s aristocracy escaped without a revolution, in part thanks to the reactionary policies of the Lord Chancellor Eldon, who lived in a similar building on the Bedford Square’s East side. (Shelley caricatured him thus in The Masque of Anarchy, 1819:

Next came Fraud, and he had on,

His big tears, for he wept well,

Turned to mill-stones as they fell.

And the little children, who

Round his feet played to and fro,

Thinking every tear a gem,

Had their brains knocked out by them.) 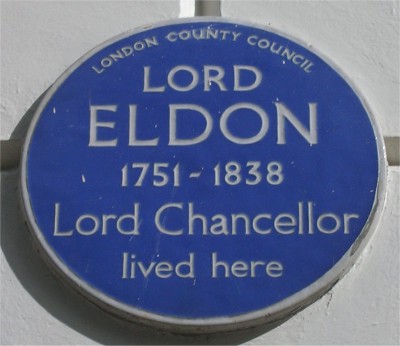 Beyond this architectural resonance, the fact that son majesté spent the play at a desk such as one would expect to find in a College room, and eventually signed his abdication on it, suggested the bureau-cratic, bourgeois world to which aristocratic France was in the traumatic process of yielding. An actor playing Louis Philippe, one felt, would have looked less out-of-place behind a desk; Josh Dell’s Charles looked as though he should be on a battle-field.

Sometimes it Snows, written, directed by and featuring Helen Stewart, and Rise and Fall, written by Olivia Gillman and directed by Laura Dubois, also concerned political revolution, but of the present and future respectively. The ongoing attempts to depose Assad in Syria, and the ousting of a British Prime Minister, created refugees whom we saw exposed to the elements – as we ourselves were, as though in token sympathy, for the brief minutes of their course. These plays had the greatest conscience of the six, and the disjunction between the affluence (of its ancien régime past and since) of Bedford Square, and the poverty of the protagonists whose parts were acted on the square, indicated an awareness of privilege on the part of NCH students which I have observed to be widespread. Georgina Lynch in Rise and Fall, in particular, caricatured posh and arrogant wealth with satiric élan.

Frank Costello’s Dave and Rita, directed by Swara Kadir and acted by the author and Jessica Dunn, took us into metatheatrical territory. The diminutive English Faculty room was set up like a mini theatre, with twenty seats facing forwards to witness a non-intellectual couple discombobulated by Frank’s involuntary imagination of himself as a well-educated person. This was the cleverest play, superbly directed and acted – whilst it too, in a less obvious way than the preceding plays, had a social conscience.

Rory Keddie’s Pleasure Box had the aspect of a partner piece to Dave and Rita. Directed by Millie Chipperfield, and acted by Arum Kempster and Jessica Dunn, it was not Jessica Dun’s presence that made the similarities of the plays obvious – she rendered the difference of class of her two characters perfectly clearly – but in the fact of being two-handers about people who have been connected for years being shaken in their understanding of their identities, friendship, and the passage of time. Both relied on, and were served by, excellent acting.

Mariella Hudson’s Forts, directed by Paul Lichtenstern and acted by Alex Hewitt and James Thomson, owed a considerable debt to the Harold Pinter of say, The Hothouse, but also quietly took its own distinctive and confident way. The audience was arranged around the perimeter of the Economics Faculty room, presenting the office of a business where a male middle-manager tries to persuade his female subordinate to prepare for a terrorist attack. The woman, rather like Ruth in The Homecoming, unexpectedly turns out to have ideas of her own, which involve the removal of clothes. The play, which looks as though it is going to be a satire against the War on Terror, isn’t. In its refusal to take a political stance it pays handsome tribute to a certain type of politically-reserved, enigmatically-meaningful, modernism.

Dear & Hello Poem was, on the night I went, the finale. Celestia Anstruther and Paula Erizanu’s fiercely exuberant and ambitious avant-garde work brought together Millie Chipperfield, Keegan Creighton, Alex Hewitt, Tosca Lloyd, Thomas Schafranek, and James Thomson in synchronised and less-than-synchronised dance, the deconstruction of language, the enactment of communality, and the putting under an absurdist lens of the questionable transition from childhood to adulthood. As such, this play was the one that was most about being an undergraduate; about doing things such as writing, producing and acting a play in almost no time with people you have only known for a year or a week. It was partly Millie Chipperfield’s presence, and partly the play’s absurdism that reminded me of the shortened version of Ionescu’s The Bald Prima Donna which was one of the first dramatic productions put on at NCH. But that play did not have this play’s concentration on youth.

And thus the College, like its students, and like their drama society, has been growing up with great self-reflectiveness. And fast.

Tagged with: Charles X, New College of the Humanities