Posted on January 5, 2021 by Catherine Posted in History, Travel

In our cellar, amongst the papers of my husband’s grandfather Theodore Stephanides, I came across two sepia-coloured sheets of paper covered in grey-blue ink and a right-slanting hand discussing ‘Lili Marlene’.

This German love song was first popularised by chanteuse Lale Andersen in 1939. After Germany conquered Yugoslavia in 1941 it set up a radio station in Belgrade, which broadcast to German troops stationed around the Mediterranean. Through this station, the song first became popular (Goebbels himself had never tried to promote it, thinking it too gloomy). The Marlene Dietrich version was from 1944. Allied troops came to know it too, and took it over, in translation, as their own.

On one of the sheets Stephanides writes (at an unknown time to an unknown addressee, or simply for his own reference) about the time when he was with the British Eighth Army in North Africa 1941-4. In 1943 the British, who had been headquartered in Cairo, captured Tripoli, which had been the headquarter of the German Afrika Korp.

‘When we were in Tripoli we found that the song “Lili Marlene” was all the rage. This was the marching song of the Afrika Corp which had been taken over by the 8th Army in the same way that it had captured everything else belonging to the Africa Korp. It was a song first written by Norbert Schultze in 1938 & often sung by Lala Andersen on the Belgrad Radio; she first sung it in Aug. 1941. Here are the words & my translation.’ 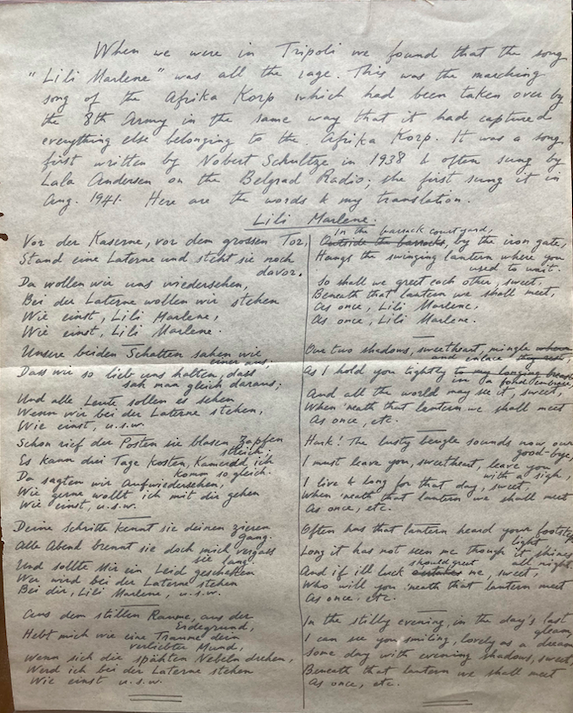 He may, my husband speculates, have learned German from studying in Munich in the 1920s.

Both sides of the other sheet are covered with his musical transcription of the tune, and what must have been the current English lyrics – a free translation, transplanting the settings to suit the position of an army stationed in North Africa. It begins: ‘Over the ocean, far from desert sand.. grows a cherry tree near which we used to stand…’ 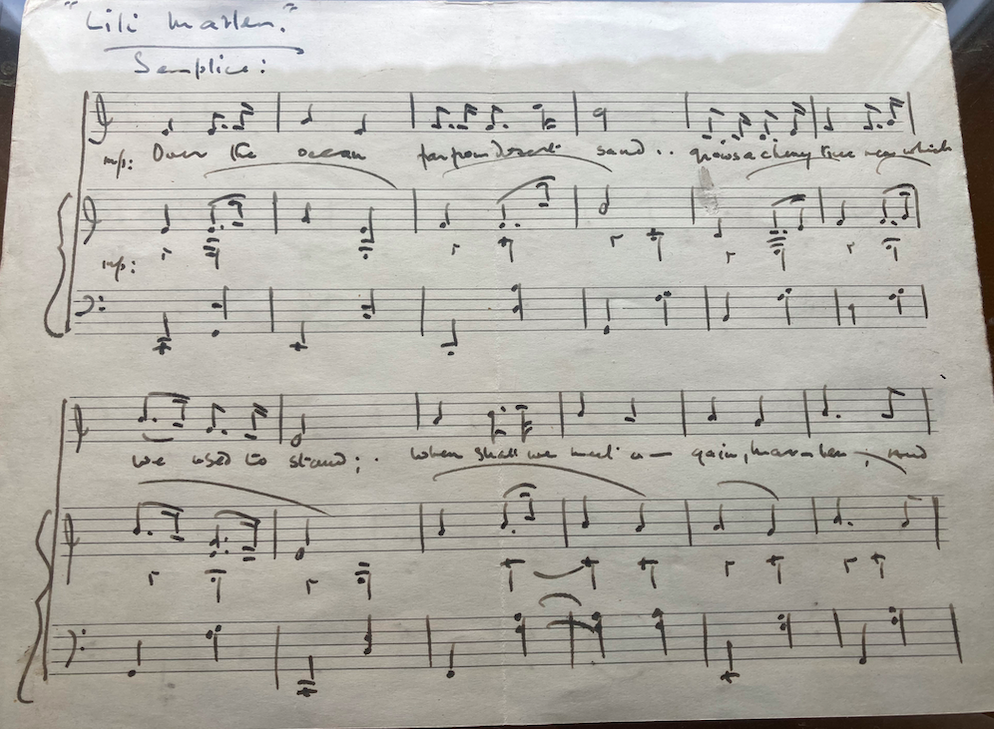 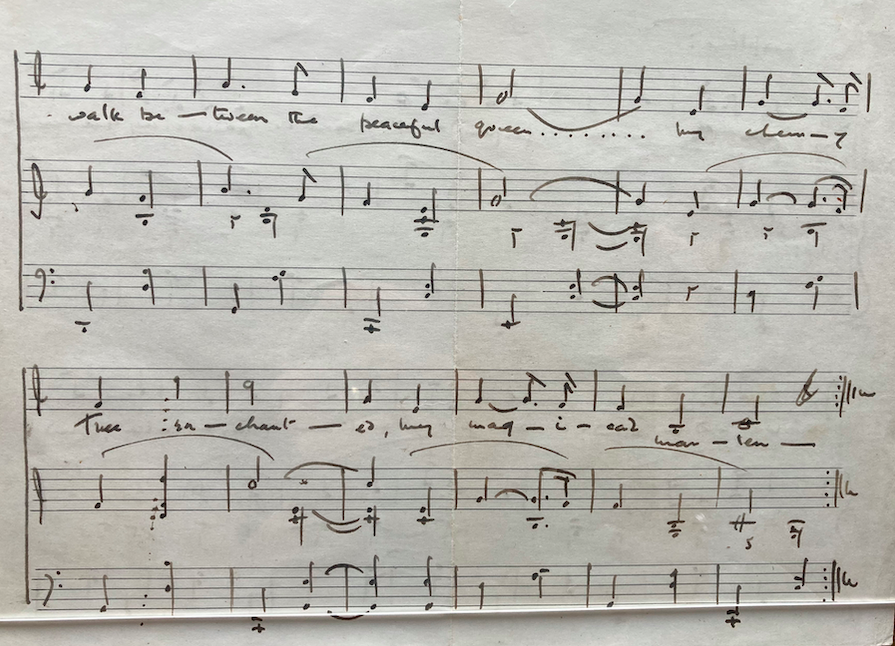 By 1944 he was back in London, his war service done. He had served in both wars – the First with the Greek Army, the Second with the British. Now he had come away from his last theatre with a ‘semplice’ love song, that had drawn, if not drawn together, soldiers of many armies and many languages – and with an urge to transcribe it.