Imperialism on Trial: 8th September 2020 ‘The Phone Hacking Scandal and the Case of Assange: a Comparison’

Posted on September 9, 2020 by Catherine Posted in Politics 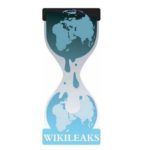 In my talk for the ‘Imperialism on Trial: Free Julian Assange’ speaker meeting of 8th September 2020 – the second day of Assange’s extradition trial – I compare the relationship between the government and journalists revealed by the phone hacking scandal of 2005-14, and by the case of Julian Assange of 2010-20. I argue that the wrong journalists have escaped prosecution, and the wrong one is being subjected to it, and that the causes of Hacked Off and of freedom for Julian Assange support each other by demanding a distanced relationship between press and government, and access to justice for victims of press abuses.

Leveson Now – or at the latest in a year’s time…

Posted on March 1, 2015 by Catherine Posted in Events

This week I attended a Parliamentary rally of Hacked Off, the campaign for the implementation of the recommendations of the Leveson Report, for a free press, and a fair press. John Cleese was in bruising and bruised satiric form…

Read more ›
Tagged with: Hacked Off

The Lost Honour of Christopher Jefferies

Posted on December 10, 2014 by Catherine Posted in Films 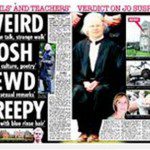 2014 ITV television drama concerning the man accused by some of Britain’s newspapers of murdering his tenant Joanna Yeates in December 2010.
Written by Peter Morgan (of Frost-Nixon, The Queen), directed by Roger Michell (of Notting Hill). 120 minutes. Broadcast 10th and 11th November 2014 on ITV.

Read more ›
Tagged with: Hacked Off