Posted on October 9, 2015 by Catherine Posted in Reflections 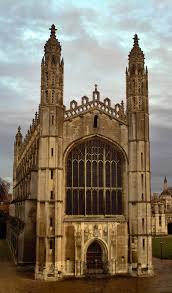 It’s a whole genre of experience, revisiting your university town after a gap of years.

Last weekend I went to Cambridge, which I almost never do. I was there to celebrate the retirement of my PhD supervisor, Adrian Poole. About this event I was enthusiastic. About being in Cambridge again, I wasn’t so sure.

This wasn’t because my undergraduate and graduate years there weren’t good. It seems that I had a much better time, intellectually and otherwise, than many who have written about it.

Wordsworth, mentally revisiting Cambridge in Books III and VI of his 1805 The Prelude, fifteen years after he left it, recreates it as a place of trivial ceremony and shallow pleasures. Study bored him, he got drunk toasting Milton in a way that embarrassed him infront of Milton’s spirit, and his imagination went largely to sleep. W.M. Thackeray wrote his 1852 Henry Esmond twenty-two years after leaving the place. His seventeenth-century protagonist recounts his time there in a chapter called ‘I go to Cambridge, and do but little good there’, and starts his account by saying: ‘’Tis needless in these memoirs to go at any length into the particulars of Harry Esmond’s college career’. His sensitivity and thoughtfulness, it turns out, make him unpopular. Sure – Esmond isn’t Thackeray, and still less is Mike Engleby (of Sebastian Faulks’s 2007 novel, written thirty-three years after Faulks left Cambridge) Faulks himself. Still, the Cambridge of the 1970s which Faulks recreates is far less attractive than the one I knew. As for Howard Jacobson – his Sefton Goldberg (protagonist of the 1983 Coming from Behind, published twenty years after the author left Cambridge) is Jacobson in spades. He has said that the scene in the novel in which Goldberg’s father produces an egg from behind F.R. Leavis’s ear was his way of breaking free of the hold of his great former teacher, which he considers to have inhibited his creative career up to that point.

So Cambridge, it seems, was good to me. But that doesn’t make it easy to revisit. I don’t ‘do’ nostalgia. There are also aspects of my time there that I regret. (Not really. I don’t ‘do’ regret. But if I did.)

I also had the warning of Nabokov. Fifteen years after leaving Cambridge, he revisited it in 1937. Afterwards he wrote memorably to his wife Véra:

It is hard, as they say, to convey what I felt on seeing this little town I haven’t been in for fifteen years. […] my poor memory was silent no matter how I tried to rouse her, taking her around familiar places. Everything now seemed smaller, greyer, simpler, everything lacked that harmonious soul that developed in it while it lived in me. […] I had been fingering, for a long time but with no result, a special little thing that would move in the entrance hall, a little board with the name of the tenant – at home and not at home – but the recollection was silent, my fingers could not feel the past. [He then goes to the Backs.] I looked at ditches I once jumped over, at the muddy water of the river – and a true Pushkinian mood began to work its iambic piston. I walked down the familiar road (the whole time, crows’ cooing, and sparrows’ – also melodiously moist sounds – and the ivy, and the boxwood, and the thuyas, and the old oaks) to the soccer field, there on the dark green a foursome were kicking near the goal, and one of the balls, like a dog who’d recognized a passer-by, ran over to me a few times, but although it was heavy and muddy, like in the old days, my foot could not get out of it the ring of the past. […] This visit was a good lesson – the lesson of the return – and a warning: we also need not expect life, heat, a wild awakening of the past – from our other return – to Russia.

Seven years after the end of my PhD, I was warned.

Unlike for Nabokov, lots had changed visually. Coming out of the station, Station Road was suddenly heavily encrusted with apartment blocks.

But when I turned the corner and faced the long drag in to town, unbidden my memory started pumping. I saw, as Wordsworth did, ‘students, streets,/ Courts, cloisters, flocks of churches, gateways, towers’. Bare striding female thighs reminded me of my own. Vistas gave multiple memories in seconds (Senate House Passage: seeing my best friend for the first time after a summer holiday, kissing the Latvian treasurer of Claire Politics Society, avoiding the passage altogether because the windows of a particular supervisor were at the end of it, queuing for a ball with my Icelandic boyfriend, and graduating). Romantic encounters pocked the city like heat marks. It surprised me, as dreams do, who came foremost to mind.

As ever, especially in the warmer months, tourists were diluting the concentration of university people. I’d always found this soothing, not least because they held up a mirror, and reminded us that we’re all tourists here, no matter how long we stay. But I was closer to them now. I had a pleasant sense of not having to hurry home to write an essay, or to decide what my PhD was about.

Trinity College, where my supervisor’s event was held, was hospitable with its usual effortless and lordly grace. The portraits there are especially big – full length and, it seems, larger than life-size, as though such a well-endowed college makes its fellows nine feet tall. I dined next to a man about whose career I mistakenly enquired in the past tense. A British diplomat out of central casting, it emerged that he was about to become Britain’s ambassador to North Korea. At the end of the meal, Professor Poole rose to speak. And, as he paid kind attention to everyone in the room, and reflected on the decades of his successful, happy career, the distance between the present and my own time in the city was dissolved. In the kindness of strangers and  friends, it was again a home.

Saying goodbye on King’s Parade, a friend from graduate days responded to my enthusiasm about the day: ‘Yeah. But, it’s dangerous, you know. This magic. It’s too much.’

True. It can be the Land of the Lotus Eaters. But, with a flush of smugness and relief, I knew that I wanted to leave.

Before going I dropped in on a friend who is a Fellow of King’s. The sun was already orange and tilted on the lime-green lawn as my friend and I strode Westwards across it. Then I looked right, and saw The Chapel.

It is unfathomable. It is too solid, too brute and too noble to exist. Yet there it is.

Last Saturday Cambridge gave me a big warm kiss. Herewith I return it.