ENCOUNTERS BETWEEN HUMANS AND ANIMALS 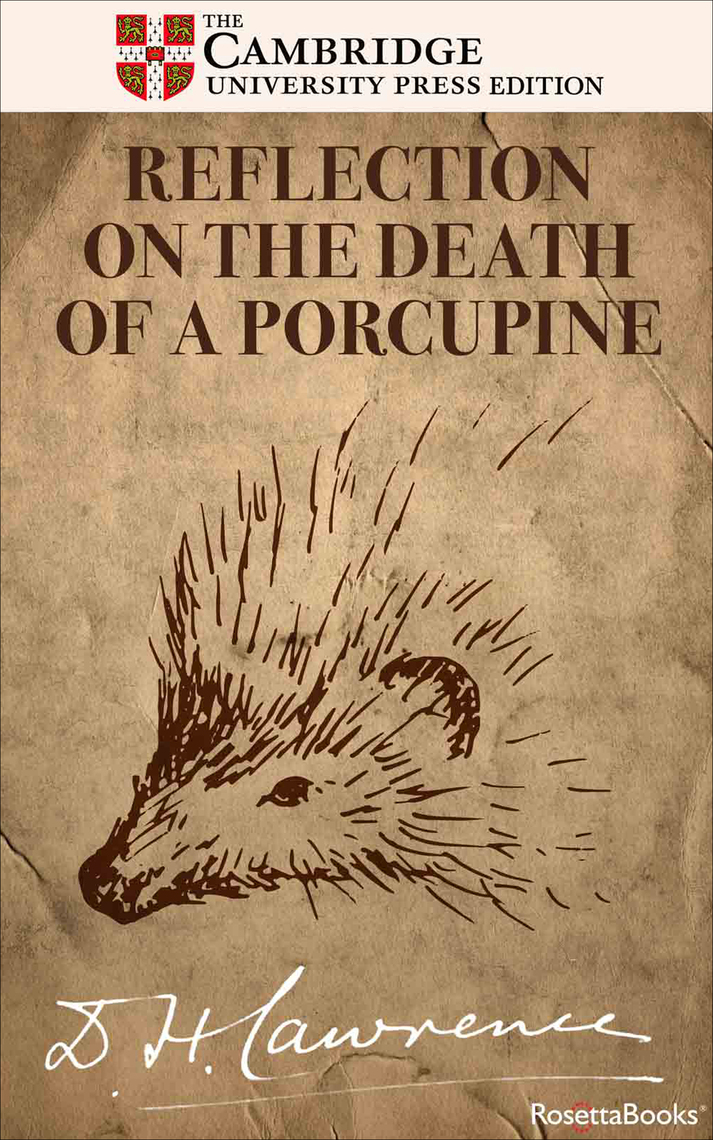 By Zoom (during period of Coronavirus lockdown)

Thirty-nine people attended, including, outside the UK, Shirley Bricout in Britanny, Peter Fjagesund in Norway, Justin LaPoint in North Carolina, Maria in Sweden, Monserrat Morera in Barcelona, Carrie Rohman in Pensylvania, Soha S in Tripoli, Maria Trejling in Norway, Kathleen Vella in Cyprus, and John Worthen in the Ruhrgebiet.

Lara wrote by way of introduction and stimulus to thought:

‘I would like to look at the scene-building that Lawrence uses these sorts of encounters for from a technical and formal point view, and to use that to launch us into some of the larger epistemological and ethical questions and issues of political and cosmic consciousness that they raise. Along the way we might ask: is nature hierarchical for Lawrence? Are people animals? Does Lawrence prefer animals to people? Do Lawrence’s animals think and what do they think about us? What could rewilding mean and what does our desire for it amount to? And have we broken away from the animal world so much that we need a new paradigm to think through issues of ecological belonging and climate change at the largest levels? What would Lawrence make of the climate activism of today?’

‘Reflections on the Death of a Porcupine’

‘Snake’ (and any other animal poems from Birds Beasts and Flowers that you’d like to look at).

Carrie Rohman, Stalking the Subject, Modernism and the Animal (2009)

Lara started by saying that she had experienced oscillating love and hate for Lawrence over the years, but had recently started reading, and writing about, him much more, and was struck by the frequency and importance of the encounters between humans and animals. She was particularly concerned with the relationship between ethics, realism, and the animal – a relationship of great concern to ecocriticism in general. She was especially interested in the shifting modes of the 1925 essay ‘Reflections on the Death of a Porcupine’ – from novel-like narrative to the philosophy of ‘one of his less readable essays’ – and how these sections worked together or failed to.

Early on Trevor Norris posited a clear distinction (building on the work of Timothy Morton) between anthropocentrism (now rightly increasingly the subject of critique) and anthropomorphism (wrongly the subject of critique insofar as it is inevitable; we think as humans just as porcupines think as porcupines, and we all shape our worlds and the other animals in it accordingly).

Carrie Rohman said that she was struck by ‘a kind of envy that the speaker seems to have for the strange beauty of the porcupine’. That opened up questions about the ethics of that human-animal relationship. One might think about human extinction of other species as partly explained by envy for the capacities and beauty of other animals. Lara was interested by the idea of ‘envy as a third thing’ alongside loving and killing;

Terry Gifford asked whether a distinction could be made between encounter with the animal other and with other aspects of nature, in the light of Lawrence’s belief that plants had ‘blood consciousness’, and his animism extending to rocks and the weather. Catherine Brown pointed out that Lawrence’s refusal of the animal/non-animal distinction undermined animal-related ethics focused on animals’ capacity to experience pain and fear, as Lawrence’s gibe in this essay at vegetarians (who kill grains of rice when they eat them) makes explicit. Isobel Dixon thought that a distinction could be found in the fact that Lawrence was more challenged by animals, whereas he could impose himself more successfully on plants. Carrie Rohman agreed that the power of the animal gaze was very important.

There was then a discussion of the Chapter XX of Women in Love, ‘Rabbit’, concerning an incident in which one of the two heroines, Gudrun, has her forearm ripped open by a rabbit, fostering a sexual connection between her and Gerald, who however hits the rabbit in reprisal. The latter survives and, placed on the ground, runs round and round in circles before equally-mysteriously settling down to nibble grass. Lara saw this as an incident of Gerald’s domination over animals similar to the earlier incident with the mare at the level crossing in Chapter XX, ‘Coal Dust’ – but Catherine Brown thought that the scene was more strongly interested in the animal’s otherness and agency, and Carrie Rohman saw the rabbit’s scratching on the fore-arm as a form of writing. Moreover she saw the violence of some of Lawrence’s characters towards animals as their attempt to recalibrate power with animals that had asserted considerable power of their own. Stella Howells reflected that nowadays young people would be horrified at some of these scences of violence. Lara replied that, having moved to the countryside, she is aware that everyone there is much closer to actual and visible violence towards animals.

Lara and Nahla Torbay agreed that Lawrence’s relationship with the dog afflicted by porcupine quills is moving, but Lara pointed out that Lawrence is often ambivalent about loving animals, just as he is about loving humans; Catherine Brown added that he is particularly wary of dogs, being domesticated. Lara then asked why Lawrence didn’t write about big animals in Birds, Beasts and Flowers, it being apparently the case that smaller animals appear in his shorter works and bigger ones in his longer. Isobel Dixon pointed out that he did write poems about elephants; Maria Trejling thought that he was approaching ‘otherness’ most nearly in his poems, and that that required interaction with smaller animals, which were the most other to humans. Kathleen Vella suggested that he engaged so strongly with otherness because he felt ‘other’ himself. Lara thought that he felt envy in relation to the fish, and tortoises, but that he saw the big animals as more regenerative: ‘the fish is not a “solar-plexusish” creature’. Trevor Norris thought that Lawrence’s time in New Mexico effected a transformation of his cosmology in a way which could be described as ‘in some sense shamanic’ , asking us to engage with the ‘shimmering quality of life’ through interaction with different kinds of animals. Andrew Cooper particularly admired the poem ‘Mountain Lion’, and suggested that its sentiment about it being easier to spare people than a lion, which has often been read as quasi-fascistic, could now be seen as more in line with Extinction Rebellion (XR).

This led to a discussion as to how Lawrencian Extinction Rebellion’s vision statements are. Catherine Brown noted that at one level they XR were not interested in individual reform of behaviour, but rather in top-down political change, and that this conflicted with several aspects of Lawrence’s thought. Nahla Torbay asked about Lawrence’s distrust of mass movements, and Trevor Norris suggested that one look at his history textbook Movements in European History, in the final chapters of which his dislike of contemporary mass movements of both left and right are expressed; Lawrence’s move to New Mexico representing him going ‘off grid’. Isobel Dixon agreed, quoting Frieda’s notion that if everyone thought like individuals then there could be no wars. But Lara countered that Lawrence oscillates on this matter, and that he does not himself take very seriously his vision of red-trousered rural commune-ism at the end of Lady Chatterley’s Lover. She noted that XR believe in ‘love’, and that Lawrence might criticise this as idealising both humanity and nature. Maria Trejling pointed out that whereas XR by definition has the purpose of avoiding apocalypse, in Lawrence there is often a sense that apocalypse is a necessary precedent to change: in Sons and Lovers the mother has to die before Paul can walk towards the city lights; Ursula has to have a breakdown before she can find Birkin; only after many skies have fallen does Connie find new life in Lady Chatterley’s Lover; the very image of the phoenix is predicated on consumption by fire; Lawrence might therefore see XR as naïve in their hope for change. Lara responded that there are important differences between these examples, and that rhythms of destruction and regeneration are not the same as apocalypse. Michael Bell observed that Lawrence did not live in a world which considered human extinction a real possibility, therefore his relationship to ecological questions was necessarily a different one. Catherine Brown noted as an aside that XR and ecological movements in general seem to pay very little attention to the real possibility of the annihilation of life on earth by nuclear war.

Trevor Norris went on to argue that in one sense XR is already committed to things falling apart, having recognised that certain types of climate change cannot now be averted. Instead it proposes a revolution of feeling, and a new sense of relatedness, such as Lawrence himself proposed. In general there was agreement that there was considerable overlap between Lawrence and XR’s outlook. The latter condemns much that Gerald Crich seems to represent: machine-like money-making, capitalist exploitation of the earth, a lack of tenderness, and cruelty to animals. Trevor noted that ‘there is a therapeutic culture at the heart of XR which is anti-violence. In the structure of the meetings there’s a rhetoric of grounding yourself and tuning in’ which fits with parts of Lawrence’s thought.

Towards the end Lara turned the discussion to the relationship between ethics and literary realism: ‘the relationship between morality and form feels quite intense in the scenes with animals; the gaze of animals challenges realism, and when that happens ethical questions become charged’. Trevor Norris noted that a lot of ecological writing is realist, but that a movement away from realism can permit a ‘more ecological mode of writing.’ Michael Bell added that ‘Lawrence wants to push his imagination not just to experience the otherness of other creatures, but to the stepping out of the ethical that happens when you do that. Animals don’t exist in an ethical world as far as we know, and when Lawrence writes about hierarchy he is taking a non-human stance about the world that includes all life including people.’ After the meeting Mark Prisco sent a follow-up note on this point: ‘“Balance” is one of the key things for Lawrence (like the poem ‘When Satan fell’). What Lawrence lifts up, he brings down. The lion and the lamb cannot do without each other, and I think this is non-moral or amoral, rather than ethical or unethical – and it must be.’ 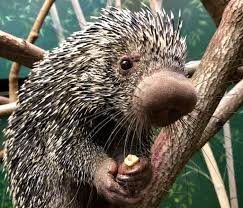