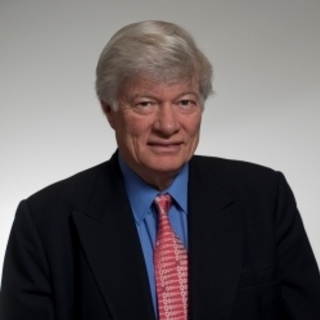 On 26th October 2020 human rights barrister Geoffrey Robertson addressed the Law Society of New College of the Humanities (by Zoom). After a brief survey of the history of law protecting human rights, and the limitations of legal protections to date, he advocated the extension of the 2012 US Magnitsky Act to European countries, on the grounds that where tougher legal measures prove inapplicable, restrictions to the lifestyles of human rights violators may have some efficacy as a deterrent. He gave a brief history of the case which led to the Magnitsky Act – the death in a Russian prison in 2009 of a Sergei Magnitsky who worked for American financier Bill Browder. The facts of this case are disputed, and I dispute the facts which he gave, which are those of Bill Browder. Both by virtue of the Magnitsky Act being based upon what I consider to be a false narrative, and by virtue of its intrinsic legal nature, I oppose both the Act itself, and its extension to other countries. There was no question and answer session after Mr Roberton’s talk. Otherwise I would have made the following comments:

I share the frustrations that anyone who cares about human rights feels at the failures of international law to address human rights violations, but having heard your arguments I still on balance strongly oppose the ‘Plan B’ that Magnitsky Acts constitute.

1. They force governments to act as judges, which they are not trained to do, operating with a low burden of proof on crimes of the greatest seriousness.

2. As you note, governments’ judgments are inevitably politicised. To give governments’ decisions on whom to sanction a quasi-judicial aspect is to corrupt the nature and understanding of the law per se, which in itself could be dangerous.

3. The very naming of such acts after Magnitsky places this para-legal development in the setting of a new Cold War, rather than a truly international one.

4. Moreover, by naming these acts after Magnitsky the countries concerned yoke the acts to the narrative of one man, Bill Browder, which has been publicly and convincingly challenged.

You noted that at the time of the sanctioning of Maduro the alleged events had ’not yet been proved’. No more has Browder’s narrative been proved.

a) You carefully described Magnitsky as ‘a lawyer, in effect’. He was not a lawyer but an accountant. His own mother states that he had no legal qualifications. It is Browder who describes him as his lawyer.

b) Your account today was that Magnitsky’s death was caused by beatings, then the withholding of necessary medical treatment. Browder’s account has been that he was directly beaten until he was dead – but his account on this has changed over time (ie, he has contradicted himself).

c) You noted that one of the two Russian police officers whom Browder accused of murdering Magnitsky – Pavel Karpov – brought libel proceedings against Browder in the High Court in the UK.

Mr Justice Simon in judgment stated that the Court had no jurisdiction in this case, but he did say that Browder’s claim that Karpov was involved in Magnitsky’s torture and murder was unsustainable on the pleadings.

The Defendants are not in a position to justify the allegations that he [the Claimant] caused, or was party to, the torture and death of Sergei Magnitsky, or would continue to commit, or be party to, covering up crimes. To use the expression in Olswang’s letter of 1 August 2012, the record, at least in so far as it is presently set out in the pleadings, has been ‘set straight’. I recognise that this will not prevent a repetition of the libel, which an order of the Court would do, at least in this jurisdiction; however, nothing in this judgment is intended to suggest that, if the Defendants were to continue to publish unjustified defamatory material about the Claimant, the Court would be powerless to act.

d) In November 2019 Der Spiegel published an investigation casting doubt on Browder’s story and suggesting that Magnitsky was not a witness to government corruption, but was instead a suspect in an investigation of corruption on a massive scale by Browder’s companies in Russia.

Browder complained, but Der Spiegel stood by its story.

Nekrasov, a strong critic of Putin’s government, who had previously made a documentary about Litvinienko, initially wanted to make a film supporting Browder’s narrative, and Browder initially cooperated with him in its making.

As Nekrasov investigated Browder’s narrative, he found that it was not sustainable, and the resultant film was a study of a businessman who was the subject of legitimate legal investigation for corruption in Russia, who had managed to deflect attention from his alleged crimes, and to influence Western governments, by giving a seriously false version of events.

The film can be seen here.

Browder has never sued either Nekrasov or Der Spiegel for libel.

In conclusion, there is no doubt that Magnitsky was actively or passively killed in a Russian prison, and that fact is appalling.

But it is a fact that is compatible with i) a general level of brutality in Russian prisons, which is well-documented, and ii) him being an accountant of a foreign businessman being investigated for major crime.

From the facts as far as I can see and understand them, Browder is using the language of human rights, and an anti-Russian narrative, to deflect attention from his own alleged crimes – and he is transparently being used by Western governments as a tool in a new, and dangerous, Cold War.

I suggest that this furthers neither human rights nor international peace and cooperation.