White Angels: the Perversion of Good Impulses to Negative Ends

Posted on December 5, 2019 by Catherine Posted in Politics, Reflections

A propos of the event in support of Julian Assange (‘Free The Truth’, 28th November 2019), I’ve been thinking through why so few young people seem to support Assange, and the effect that the weaponisation of feminism in the smear campaign against him has had…

Posted on September 3, 2014 by Catherine Posted in Books 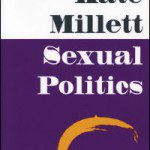 To quote creators James Walker & Co: ‘Our concept is: If the dead go unread, there’s gonna be some trouble. Literary figures from Nottingham’s past return from the grave in search of the one thing that can keep their memories alive…boooks. It was created partly as a reaction to independent bookshops falling below 1,000 in February and the recent cuts faced by libraries.’

A recent instalment is on D.H. Lawrence.

Drawn by Hunt Emerson and written by Kevin Jackson, it includes the following hyperlink-embedded essays, as well as my own: