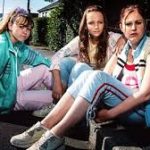 The BBC has produced a magnificent three-hour dramatic response to the Rochdale child abuse scandal, which was only uncertainly brought to its end with the trial of nine men in 2012, and which was eclipsed in its horror by similar events in Oxford – where I was living at the time.