Shakespeare’s ‘Sonnet 88’ is the first of a mini-sequence in which the poet anticipates his friend’s rejection and declares his intention in such a case to take the friend’s side against himself. However in this Sonnet – as in the rest of the 154 – things are never as they first seem. A rereading reveals a Sonnet which makes a sly but brutal attack on his would-be critic and painfully-beloved friend. 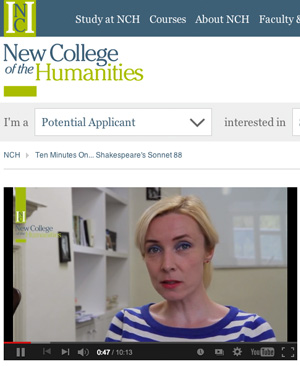