D.H. Lawrence’s reputation was much contested during his lifetime, and has fluctuated dramatically ever since. Rising to a peak in the 1950s and 60s, when he was a champion of the working-class man, and of the sexual revolution, respectively, his reputation plummeted in the 1970s when second wave feminism made its swingeing attack. More recently, however, he has been interpreted in more nuanced ways by his critics and admirers, and his humour, his environmentalism, his feminism, and his theology, are beginning to be given their proper weight. 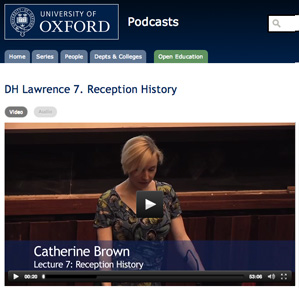