Snowdrops is a thriller set in Moscow in the early 2000s. The protagonist – an English lawyer – is unwittingly involved in major financial and violent crime, having failed to understand that the thriller is not merely the filter through which he enjoys seeing the city, but is in fact the genre of the city’s life. Yet even once he has understood this, he loves the woman who deceived him, and the city which gave him an intensity of experience to which England can never come close. The novel is a document of a time in which Moscow life imitated art, and English expats lived it with a combination of revulsion, and intoxicated attraction. 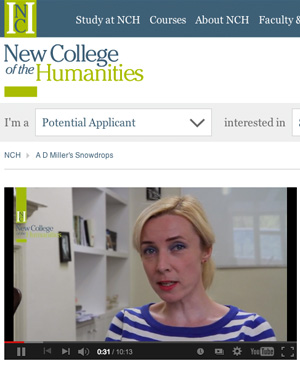